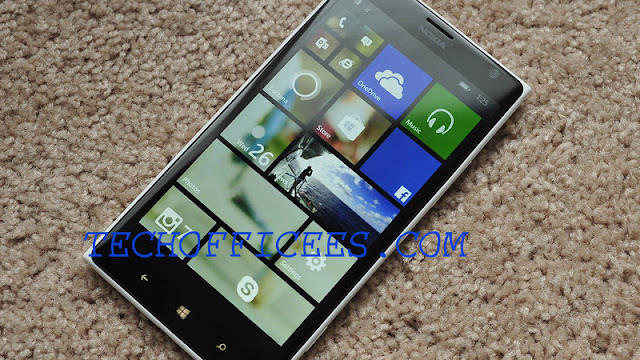 Windows, the most used operating system in the desktop and laptop world. In the year of 2010, Microsoft again started their journey into the smartphone world with their revolutionary Windows Phone 7 OS. Over the years Windows Phone OS has walked a long way till Windows Phone 8.1 (Released in June 12 2014). Initially Windows Phone OS received a tremendous craze about the metro design of the OS and also for Nokia Lumia’s high megapixel cameras and screen. I purchased my Lumia in the middle of  2013 and I’m using my Windows Phone 8 device as my daily driver for last 7-8 months. After using this phone for almost 8 months I’m really annoyed with this device OS and today in this post I will share my experience with all the people around the world who is thinking about purchasing a Windows Phone either for their own usage or for giving it to someone else.as I said earlier Windows Phone started to gain success specially for their Metro UI and their great marketing strategies, specially in Asian countries. Also Nokia, one of the most trusted brand in the 90’s started manufacturing their phone. Metro UI is really a minimalist UI and looked awesome when someone hold a Windows Phone for the first time, but after you purchase one and keep using it for daily basis you will be as amused as you are when you purchased the phone and within no time you will started feeling why did you wasted your money on this device. Anyways who have already purchased a Windows Phone and currently thinking the same that why did they purchase that device, I’m really sorry I really can’t help you much but in below I will share top 5 reasons to avoid purchasing Windows Phone for anyone.

I know that you might be thinking, am I nuts that I’m saying Metro UI is bad. Actually I’m not. Even I’m not saying that Metro UI is bad. The problem with Windows Phone and it’s Metro UI is that if you are going to use a Windows Phone for the first time in your life, you are gonna love it, but after using it for few months the interface will started to get boring and a little over complected. There is almost no ways to customize your Windows Phone like you can in any Android device present in the market. Metro UI is very clean, minimalist UI, but it does not have the x-factor of being amazing and keep being interesting after using the device for many months. On the other hand in your android device you can change the complete look and feel of your device, just by installing few themes, and after that you will start feeling that you have a complete new UI in front of you.

If you are thinking to switch to Windows Phone from your existing iPhone or Android device, don’t even think about that. Windows App store is a complete dessert of apps. Most of the apps present in Windows Store doesn’t properly maintained by the developers like it used to be in Android or iPhone. Most of the apps you see in you are accustomed with in Android or iPhone, is not available in Windows Phone. After searching your favorite apps in Windows Store will become so frustrated that you will stop downloading apps on your phone. Not only that, but also every major company who develops apps fr anything, their main target is Android or iOS. Windows Phone is in the least priority to every app company and to every developer. Even if you get your app available in Windows Phone, still the kind of interface you will get in Android or iOS version of that app, you will never ever get in Windows Phone. As an example in the Windows Phone version of  Whatsapp, you can’t sent any audio or video which is present in your phone to anyone else. The only option you have is either sing the song by yourself or capture a video and then send.

The complexity of Windows OS is really very higher than Android or iOS. Generally in android and iOS people are accustomed with drop-down notification for most of the daily settings changes like turning on Bluetooth, WiFi etc. But in Windows Phone there is no way to do that instead of digging deep into the settings and then turning the required things on. Tough there is app available in Windows Store like Connectivity Shortcuts, but this is nothing but a metro tile shortcut to sent you deep into the required setting page. Really frustrating and time-wasting. Not only that if you check the settings page of any Windows Phone, you will get so confused that it will take at least 10-15 mins to find out a small thing in your settings page.

Yes, this is true. If you have purchased a Windows Phone recently then you will never ever feel this kind of problem in your phone. But after using it for months and if you generally don’t turn off your device often, you will start finding out the real image of Windows Phone OS. You might face problems like – phone hang, unable to receive incoming calls, screen auto brightness issue, touch smoothness issue and many more. The only way out you will have if any of this occur is to turn off your device, detach the battery from your phone, keep your phone like this for at least 15 mins then again turn on. Trust me, it will make you to kill your phone. if you visit the service center (which i have done many times), they will reformat your OS and again your phone will work fine for few weeks before it’s start showing the same problems again.

There are many more minor things which you will never wanted to try out with your daily driver smart phone. Some of them are mentioned below: