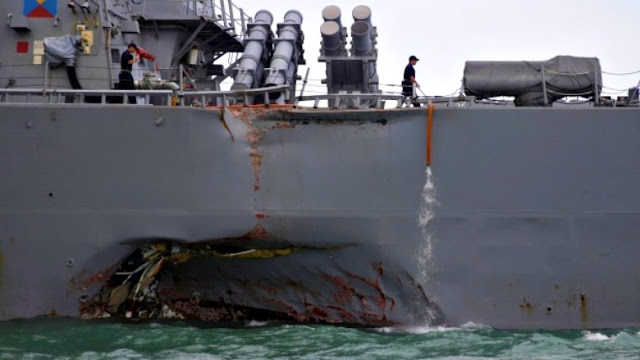 It’s no surprise that ships can be hacked but did someone hack USS John S. McCain on Monday when it collided with an oil tanker near Singapore? Adm. John Richardson thinks so since he has ordered an in-depth investigation into the incident to determine the reason behind the mishap. 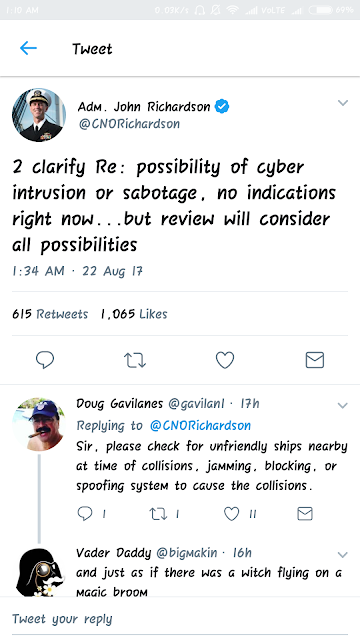 This was the second time in last three months involving US Navy. On June 17, a container ship and the USS Fitzgerald collided in Japanese waters killing seven sailors. The investigations revealed that the collision took place due to human error and not a cyber attack.

However, Adm. John Richardson’s recommendation on investigating the cyber attack factor is quite important since the US Navy has been facing hundreds and thousands of cyber attacks every hour.

US Navy investigating whether its crashed ship was hacked
USS John S. McCain that collided with an oil tanker. (Image: CBS)
Also, a recent research has exposed critical security flaws in the VSAT Communication System used in large shipping vessels and aircraft, military and passenger planes and private jets. Therefore, US Navy has been working on “Cyber Protection System” to protect ships from cyber attacks.

It will be important to see what the investigation reveals. In case it was a cyber attack how did it happen and if the usual suspect like Iran, China and Russia had any role in the incident.