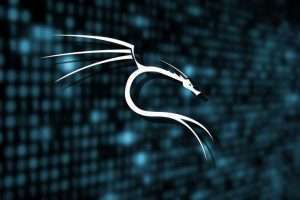 kali Linux 2018.2 has been pushed as the second release. So, let’s tell about its new features in brie, It is the first distribution to the Linux 4.15 kernel, which contains the most expected patches for Spectre and Meltdown vulnerabilities.

Offencive Security pushed the first release snapshot of Kali Linux for the year 2018. The Kali developers have already shifted their release model to rolling but they keep releasing these snapshots from time to time to provide a fresh ISOs to new users.

Kali Linux also adds a new feature like support for AMD GPUs and AMD Secure Encrypted Virtualization which allows for encrypting virtual machine representation such that even the hypervisor can’t access it. Additionally, the updated packages include Bloodhound and more.  you can check out the Kali Changelog  to view the full list of changes,

In case you’re already working on a Kali machine, it doesn’t make sense to download the new media. Just open the terminal and run the following command to upgrade:

To get the required images for a fresh installation, just follow this link to grab the 64-bit and 32-bit ISO and torrent files. The download page also lists different desktop environment as well, so decide accordingly.

For exploit writers, the good news is that starting from Metasploit-framework_4.16.34-0 kali2,With the previous version, it was hidden under /usr/share/metasploit-framework/tools/exploit/ and cannot be called directly using msf-.