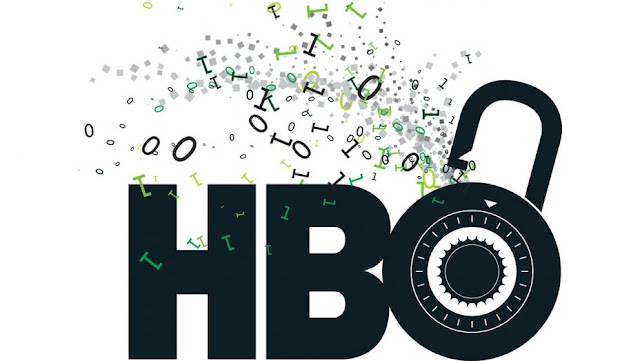 OurMine, a Saudi Arabia based hacking group hacked the official Twitter account of HBO and its Game of Thrones TV series on Wednesday night. Upon taking over the accounts, the group started sending their signature Tweets asking the HBO to contact the hackers so they can sell their IT security services to the network
“Hi, OurMine are here, we are just testing your security, HBO team, please contact us to upgrade the security – ourmine .org -> Contact,” said the group. 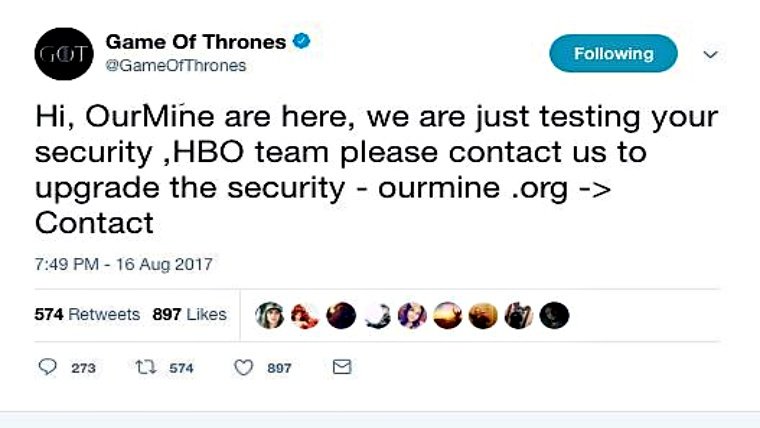 Other than HBO and GOT’s accounts, the group also took over Twitter feeds of “Last Week Tonight with John Oliver,” “Veep,” “Vinyl and “True Blood.” In total, all six hacked accounts sent same Twitters to their millions of followers. Here are some screenshots grabbed by Twitter users:

Last two months have been a hell for HBO:
HBO is under non-stop cyber attack since July this year. Starting with a hacking group called Mr. Smith who stole a trove of HBO data and leaked personal details of Viviane Eisenberg, the Executive Vice President Legal Affairs for Home Box Office, Inc.
Then a Reddit account uploaded the unaired episode 4 of Game of Throne’s season 7, however, later on, authorities in India arrested four people for uploading the episode on the Internet. It turned out it was an inside job.
But the nightmare didn’t end there. A day before yesterday, HBO Spain aired episode 6 of Game of Thrones’ season 7 which was supposed to be broadcast after six days of the incident. The episode remained online for 1 hour giving users enough time to rip and share over the Internet including Torrenting platforms.
At the time of publishing this article, all hijacked accounts were restored. Let’s see what’s next for HBO in the loop.
Just yesterday, in a devastating blunder, HBO Spain accidentally aired Episode 6 of Game of Thronesseason 7 five days prior to its official premiere.The popular entertaining company is also facing a threat from hacker or group of hackers who claimed to have obtained nearly 1.5 terabytes of information from HBO.Over two weeks ago, the unknown hackers dropped episodes of “Ballers” and “Room 104,” along with a script of the fourth episode of Game of Thrones on the internet.This leak was followed by another dump of a half-gigabyte sample of stolen data, including the company’s emails, employment agreements, balance sheets, and the script of the upcoming GOT episode, demanding a ransom—nearly $6 Million in Bitcoins.Although it was revealed that the company offered hackers $250,000 for extending the ransom payment deadline by one week, the proposal apparently failed to satisfy hackers, and they threatened to release more data every Sunday until the full ransom was paid.