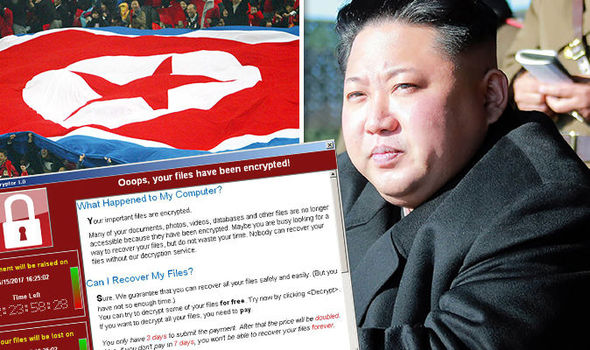 Minister of State for Security Ben Wallace told BBC Radio 4’s Today Programme that the Government held North Korea engaged in the ‘worldwide’ attack.The bombshell supports the statement of a National Audit Office (NAO) report requiring hospital organizations were left vulnerable to hacking because NHS chiefs neglected cyber-security recommendations.The researchers said the attack could have been evaded if only “basic IT security” steps had been taken and that the NHS must “get its act together”.

An appraisal confirmed 88 of 236 support in England did not match up to the required cyber-security standards.Although NHS England reassured the public that no subject data had been kept in the attack, assessments recommend anywhere between 7,000 and 20,000 interviews were canceled as a direct result.
Discoursing this morning, Mr. Wallace said: “This attack, we guess quite strongly, came from a foreign state. North Korea was the state that we think was involved this worldwide attack.”
He said officials were “as sure as possible’ and ‘it is widely believed in the community and across a number of countries that North Korea had taken this role”.
When asked what the UK could do in response to the attack, Mr. Wallace said it was “challenging” to take action when dealing with a “hostile state”. “North Korea should be probably connected to other attacks about growing foreign currency,” he said.WannaCry, which increased to more than 150 nations in a worldwide hack beginning on May 12, was the biggest ever cyber-attack to hit the NHS.
This malware virus caught handle of thousands of computers, demanding a ransom of £230 ($300) per individual computer.That thing a reporter said NHS trusts ignored ‘critical alerts’ from NHS Digital and a warning from the Department of Health and the Cabinet Office regarding older and more vulnerable software

NHS groups have not announced any cases of harm to patients or of their data being stolen as a result of WannaCry. A spokesman for the NAO said: “[This] was a relatively unsophisticated attack and could have been prevented by the NHS following basic IT security best practice. “There are also complicated cyber-threats out beyond than Wanna Cry so the Department and the NHS need to get their act together to ensure the NHS is better protected against future attacks.”