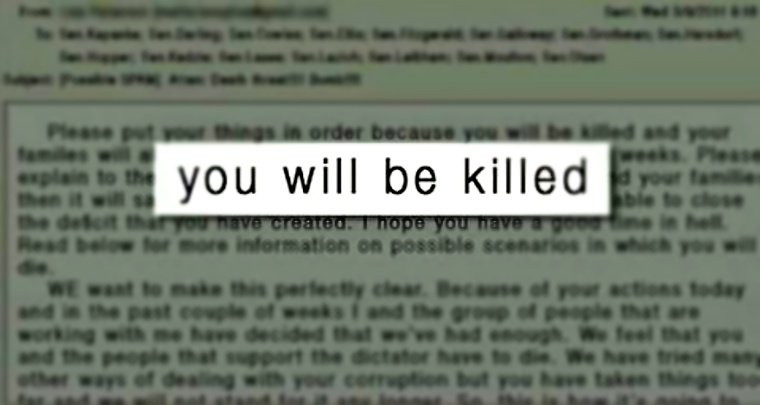 According to an official report from Johnston Community School District “Around 8 p.m. on the evening of October 2, individual students and parents within our school district received anonymous messages, threatening the safety and security of our students. In an effort of caution, we will be canceling school for all students and district staff on Tuesday, October 3. All district buildings will be closed, and there is no KTC program.”

Now, reportedly, Dark Web hacking group going by the handle of Dark OverLord has claimed responsibility for sending threats. Not only that, the group has also leaked personal data of students that includes student names, telephone numbers, addresses, and voicemails.

Follow the dark overlord @tdo_hackers
We’re now publicly claiming responsibility for the threats that resulted in the closure of JCSD in Iowa and 7.200 children without school. 5:49 PM – Oct 4, 2017, Replies   11 11 Retweets   12 12 likes Twitter Ads info and privacy
The Dark OverLord works in a way where it first looks for zero-day vulnerabilities in the targeted system, breaches it then holds data for ransom. In some cases, the group demands money from large enterprises which have in the past included Netflix and WestPark Capital Bank.

Last year, the same group was responsible for selling multiple US healthcare insurance database containing information of 655,000 patients on the dark web. About four months ago, The Dark Overlord stole Netflix’s Orange is the New Black Season by exploiting a security flaw in Windows operating system used by Hollywood-based Larson Studios and threatened to leak it online if their demands were not met.

We’re now publicly claiming responsibility for the threats that resulted in the closure of JCSD in Iowa and 7.200 children without school.


Some targeted victims involved the Federal Bureau of Investigation (FBI) to solve the issue which the group took as an offense. “We’re escalating the intensity of our strategy in response to the FBI’s persistence in persuading clients away from us,” The Dark Overlord, told The Daily Beast.

In the case of Iowa, the group claimed to hack Johnston Community School District and stole a trove of data allowing it to access personal and contact details of students which further led the sending of threatening messages to parents.KCCI reported that one of the messages sent out to a family stated that “I’m going to kill some kids at your son’s high school.”

Last month, the group also targeted other schools in the United States including Texas school district and a Montana district details of which were published on Pastebin for public access.

With every new day, hackers are getting sophisticated in identifying zero-day flaws which allows them to conduct their attack further. Schools and other educational institutes should hire cybersecurity firms to analyze threats surrounding officials and students.