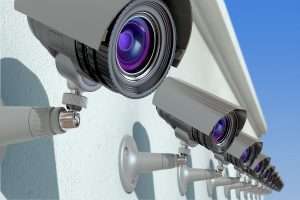 Two Romanian nationals are to be extradited to the US cameras, accused of hack Washington surveillance cameras before Donald Trump’s inauguration.

Mihai Isvanca, 25, and Eveline Cismaru, 28, were arrested earlier this month in Bucharest while trying to leave the country.

They now extradition to the US on charges of wire fraud and attacking protected computers, according to court filings from the Department of Justice.

The pair is accused of taking control of approximately 123 computers that control cameras in the US capital for four days starting January 9 and used them to send ransomware emails.

The pair were attempting ‘to extort money’ in exchange for unlocking the computers.

They have been described as being part of a bigger extortionist hacking group, according to the Washington Post.

If convicted they could each likely see 20 years in prison.