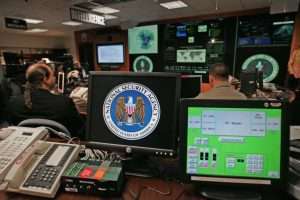 The US National Security Agency will release to the internally developed reverse engineering tool at the upcoming RSA security conference that will be held at the start of March, in San Francisco.

According to these documents, GHIDRA is coded in Java, has a graphical user interface (GUI), and works on Windows, Mac, and Linux, also support a variety of processor instruction sets.

Most users say that GHIDRA is slower and buggier than IDA, but by open-sourcing it, the NSA will benefit from free maintenance from the open source community, allowing GHIDRA to quickly catch up and maybe surpass IDA.

According to GHIDRA conference, the tool “includes all the features expected in high-end commercial tools, with new and expanded functionality NSA uniquely developed.”

According to the vault7 document.GHIDRA was initially developed by The United States’ National Security Agency in the early 2000s. the developer Reditte name Hase_Define to claim it’s been sharing it with other US government agencies that have cyber teams who need to look at the inner workings of malware strains or suspicious software.

The latest version of Ghidra is 7.0.2