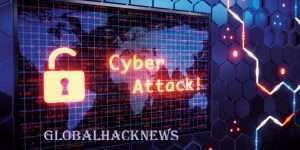 The Jackson County government hit a ransomware attack to Cybercriminals pay $400,000 hackers to get a decryption key and re-gain access to their ransomed files.

This attack affected the computer in all department of the country, also include email and emergency service. And hacker who lock victims out of their computers and other internet-accessible and they demand to Ransome return file destroy access security according to software provider Avast.

County officials are in the process of decrypting computers and servers a week after the first signs of an attack, We had to make a determination on whether to pay. We could have literally been down months and months and spent as much or more money trying to get our system rebuilt.” said Jackson County Manager Kevin Poe on Friday.

Jackson County Sheriff Janis Mangum said. “We are doing our bookings the way we used to do it before computers. We’re operating by the paper in terms of reports and arrest bookings. We’ve continued to function. It’s just more difficult.

FBI indicated the responsible group could be in eastern Europe Poe said The investigators haven’t determined yet how they gained access into the computer system, fairly new strain of ransomware called “Ryuk”

The Ryuk gang Jackson County Gets Cybercriminals to pay $400,000.

The Ryuk gang is believed to be operating out of Eastern Europe, which plagiarizes code from a different part of ransomware which identified as Hermes and attributed to the North Korean hacker group Lazarus, ransomware that has been used by APT38. Lazerus group also know HIDDEN COBRA is a cybercrime group made up of an unknown number of individuals.he group first came in the news back in 2009 and 2012 by targeting South Korean government institution with large-scale (DDoS) distributed denial-of-service attack.

Ryuk gang is normally disposed of networks according to diseases with Emotet or Trickbot malware. However, Jackson County officials have not yet confirmed how hackers hack their network.

Mangum said she received a telephone call last Saturday from the Information Technology staff “wanting to know if we had an FBI contact they could reach. That’s when I knew it was more serious than just being down,” she said, according to onlineathens interview.