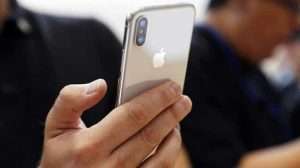 Are you Apple phone user, then you should immediately turn OFF FaceTime app for resolve bug reason Facetime bug Callers Hear and See You Without You Picking Up

An important bug in Apple’s popular video and audio call app has been found that lets a user listen to your microphone and maybe see through your camera without you answering an incoming call. Apple says the issue will be declaimed in a software update “later this week”.

Now you can answer for yourself on FaceTime even if they don’t answer🤒#Apple explain this.. pic.twitter.com/gr8llRKZxJ

GlobalHackNews has tested the bug to try Callers Hear and See You Without You Picking on iPhone X to devices running iOS 12.1 it can freely confirm that it works as 9to5Mac’s directions state

Here’s How to turn OFF FaceTime on your iPhone.

Apple, report on Tuesday afternoon, said a fix is coming this week. “

We’re aware of this issue and we have identified a fix that will be released in a software update later this week,”
and also deactivated Group FaceTime to prevent people from exploiting the bug before it releases a fix.